From DayZ Wiki
(Redirected from Zombies)
Jump to: navigation, search 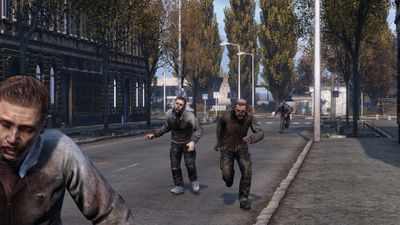 This page covers the Standalone version of DayZ. For information on the Mod see Mod:Zed

An Infected (also known as 'zeds', 'walkers', or 'zombies') is an infected human in DayZ Standalone. More accurately, this is a slang term because the infected are not actually dead, meaning they are not undead in the tradition of classic zombies. For the purposes of this article, they are one and the same.

Update 1.06 has added in more zombies in towns and cities, they now have a lower chance to contain food in their inventory. 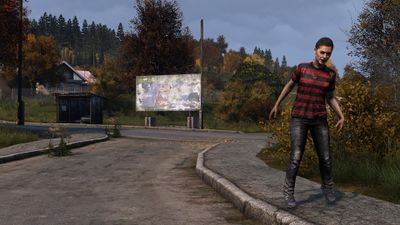 When passive and unstimulated, Infected will roam around aimlessly, occasionally varying their walking direction and field of vision. Once they are alerted to a Survivor's presence, they will become aggressive and actively start chasing them (this is usually referred to as " going aggro"). In this state, they make angry noises as they advance towards the spot where they last saw or heard their prey, until their target is either dead or lost. Once within range they will attack in the form of frenzied physical salives and beats and kicks and scratches.

Although they have varying levels of speed and physical capability, most Infected can move as fast as a healthy Survivor. They lack normal human biological requirements such as the need to sleep, and are able to survive exposure to the elements. However, they are still susceptible to conventional injuries. When Infected take damage to their legs without being killed, they will sometimes fall to the ground and become what most players refer to as "crawlers." This injured Infected can be harder to hit, particularly with melee weapons, and will continue its attack, trying to hit you. 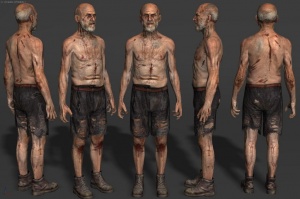 There are several dozen unique Infected variants, and while they have differences of appearance in their clothing and gender, they all behave in approximately the same fashion and have roughly the same capabilities. They do have an inventory that is accessible upon killing them in the same way that you would loot another Survivor, and will sometimes spawn loot that corresponds to their particular variety of Infected. Each variant can be found in places that match their outfit, with firefighter Infected spawning at Fire Stations for example.