From DayZ Wiki
Jump to: navigation, search
This page contains information about a map created by Bohemia Interactive that is playable in previous BI titles.
Playable locations featured on this article are part of the overall Arma universe, and are referenced throughout DayZ.

Novigrad (Cyrillic: Новиград) is the capital city of Chernarus. The city is located on the south coastline of the North Trikani Oblast, one of the three provinces of the country. The name of the city is likely derived from the Serbian words for "new" (Нови) and "city" (град). Like locations throughout the two unseen Oblasts, Novigrad is only mentioned through the in-game maps seen throughout Chernarus+, and ArmA II.

As seen in multiple references throughout Chernarus+ and ArmA II's Chernarus maps, Novigrad appears on the south coastline with the Green Sea, nearby the border with neighbouring country Takistan. Besides in-game map models depicting Novigrad alongside the rest of Chernarus, not much else is known about the city. 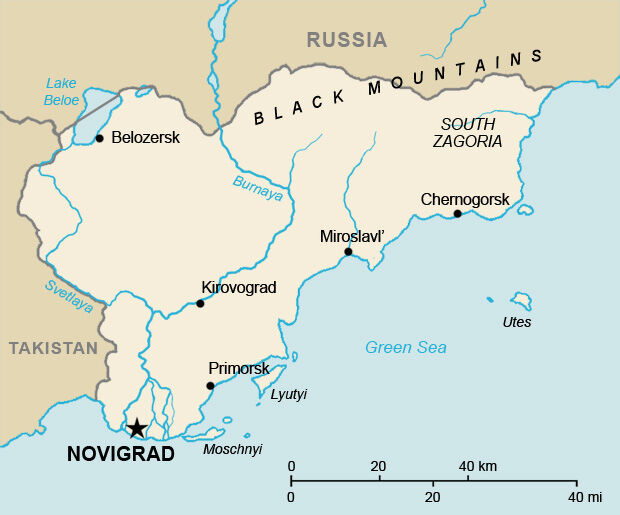 This article is a stub. You can help DayZ Wiki by expanding it.