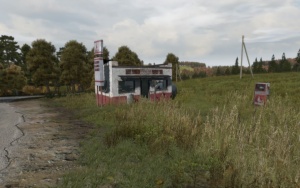 A small gas station just outside of Mod:Pogorevka 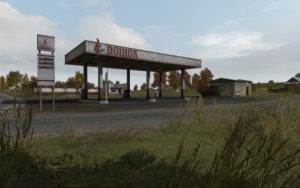 There are many gas stations located around Mod:Chernarus. They are usually found at intersections or on the outskirts of some Towns.

There are two types of gas stations in Chernarus; small, quick stop stations with only one fuel pump, and large multiple car refueling stations sheltered by a roof accompanied by a large sign and small building. Small gas stations spawn considerably less Mod:Loot and Mod:Zombies than larger ones.